Text Scam Alert: We’ve seen a recent rise in text and email scam messages. Please do not click on suspicious links in texts or emails that appear to be from Georgia’s Own.

Thank you for choosing Georgia’s own!

How do credit unions stack up against larger lenders for home loans?

You’ve finally decided to put down some roots and purchase a home. It may be a big house with a white picket fence, a fixer-upper in the suburbs, or a condo in the city. Regardless, this purchase is one of the most significant financial decisions you’ll make in your lifetime.

To finance your dream home, you’ll likely need to take out a mortgage, as most home buyers do. There’s tons of competition among mortgage lenders, but at an even higher level, you’ll need to decide between applying through a bank or a credit union.

Credit unions have been expanding their presence in the mortgage business and are not only highly competitive in their offerings, but provide benefits that commercial banks simply can’t match. Here are three reasons you might consider joining the growing number of homeowners that value the advantages of a credit union:

They’re not for profit

Banks are responsible to investors who expect a return on their investment. Credit unions, on the other hand, pass any profits back to their members in the form of savings. That translates to lower interest rates and a lower total cost. Whether you’re borrowing a hundred or five hundred thousand dollars, even a quarter point will make a significant difference in the interest you pay over the life of the loan.

Also, unlike a bank, a credit union doesn’t charge their members the Intangible Tax on a mortgage loan, which positively impacts the total cost. This tax of $3 per thousand dollars borrowed amounts to $900 in savings on a $300k loan. The credit union’s mission is to serve the members of their community, not earn a profit from them.

Credit unions value their relationship with their members. You won’t simply be an account number. A credit union will work with its members to find a suitable mortgage solution that meets your needs.

Credit Unions also work hard to make the stressful mortgage process a more positive experience. They scan documents for more efficient processing, and are more than happy to close a loan at a member’s home, office, or the branch. The flexibility and accommodations they offer are just part of their culture and their desire to deliver superior service to their members.

They invest in their members

Credit unions also work to better educate their members on financial services and transactions. Your mortgage is debt that you’ll likely carry for the next 30 years. It’s incredibly important to understand the requirements of the loan, the process, the fees, and the answers to all of your other questions. They’ll also offer guidance on the type of loan that’s the best fit for a member’s circumstances.

Credit unions are solely devoted to helping people build a healthy financial future. Members quickly learn their credit union will be of service to them, even during a financial crisis. They take pride in building the community they’re a part of and invest in its future.

Banks still hold the biggest piece of the mortgage loan pie, but credit unions are making some significant headway. You should consider all of your choices and be sure to shop around to find the most favorable deal. Just remember that your neighborhood credit union may just be the best route to your dream home. 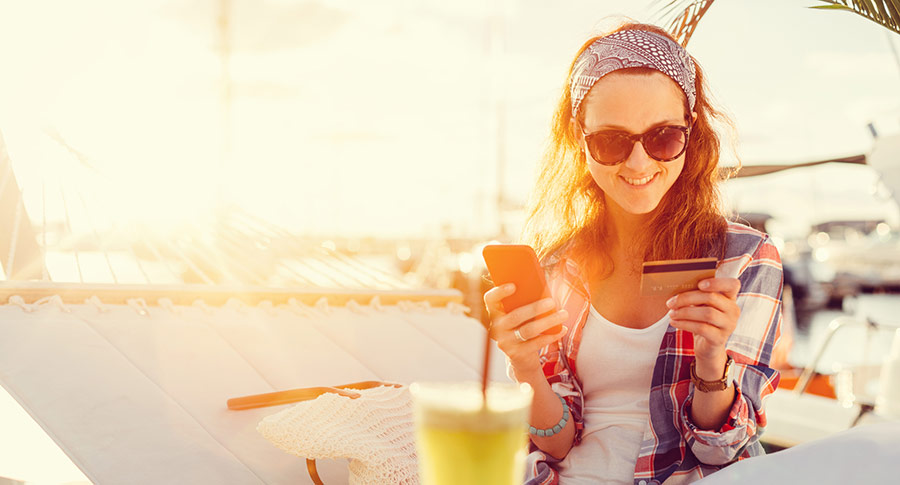 There are lots of myths out there about credit unions. Some that, if they were true, wouldn’t make you look twice. Wouldn’t you agree? The truth is that credit unions offer the same—and often better—service, options, and conveniences than your traditional bank. So we dug deep to find the answers to all the half-truths and ugly rumors being spread in the financial schoolyard. If you need to make a choice for your financial future, you won’t want to miss this:

1. To join a credit union, you have to be employed by a particular company

You may remember that, at one time, credit unions were only offered to those working for the federal government or a particular employer. That was way back when and now credit union membership is available to a lot more people. Credit Unions now serve tons of customers including those in a specific county, community, company, profession, religious institution, school, university, labor union, and many more. With the number of credit unions available today, there’s no reason you should have any difficulty finding one—or more– that you’re eligible to join. Really, it’s not that hard.

To join a credit union, they generally require new members to purchase a “share” that’s usually priced between $5 and $25. Don’t worry, it won’t set you back too far. It actually serves as a deposit and grants you all the rights to the credit union. Good news–interest is paid like that on a savings account and unlike a fee, when your account is closed, the initial deposit, or cost of the share, is refunded back to you. How can you lose?

3. There are too few ATMs and branches available

This is probably the most ridiculous of all the complaints we’ve heard. Honestly, it’s more about education than numbers. Most credit unions participate in a co-op shared banking network, which allows their members to use the services of 3,500 sister credit unions. If you’re away from home and need to make a deposit, withdrawal, purchase a money order, or transfer money, you’re able to visit one of 5,000 branches worldwide. You’ll also have access to nearly 85,000 surcharge-free ATMs. That’s right–you won’t have to worry about losing a cent to unnecessary fees. We think 3,500 credit unions, 5,000 branches and 85,000 ATMs is pretty sufficient, but to each his own.

4. Credit unions are technologically behind the times

When it comes to credit union spending and investing their profits back into benefits for their members, technology is a priority. The fact is, many credit unions are on par, and some have even technologically surpassed many banks with the services they offer. With mobile deposits, imaging ATMs, and person-to-person payments, they’re continually evaluating their services and looking for improvements that will help their members not only make better banking decisions, but also make them with easier and more efficient transactions. Banks, on the other hand, are much better at strategically bragging on themselves, which may be one of the reasons for the common misconception. Credit unions understand the critical need of upgrading their technology and importance of being able to compete with those on the same level.

How many people do you think would deposit money in a credit union if their money wasn’t safe? Banks are insured by the Federal Deposit Insurance Corporation (FDIC), which means if the bank defaults, your account is covered up to $250,000. Similarly, credit unions are insured by the National Credit Union Administration (NCUA) for the same amount – $250,000. The NCUA is a self-funded, but federally guaranteed deposit insurance, so you can rest easy. Your money is as safe as it would be in a bank.

You are now leaving the Georgia’s Own Credit Union website. The site you are about to visit is operated by EverFi, Inc. Georgia’s Own has partnered with EverFi, Inc. to provide you with financial education tools. EverFi’s privacy and security policies may differ from those practiced by Georgia’s Own.

If you are using Internet Explorer, some functions and applications on our site will not work properly. Please update your browser to Chrome, Edge or Safari.